Bodnar Financial Was Founded in 1988. What Have We Learned Since Then? 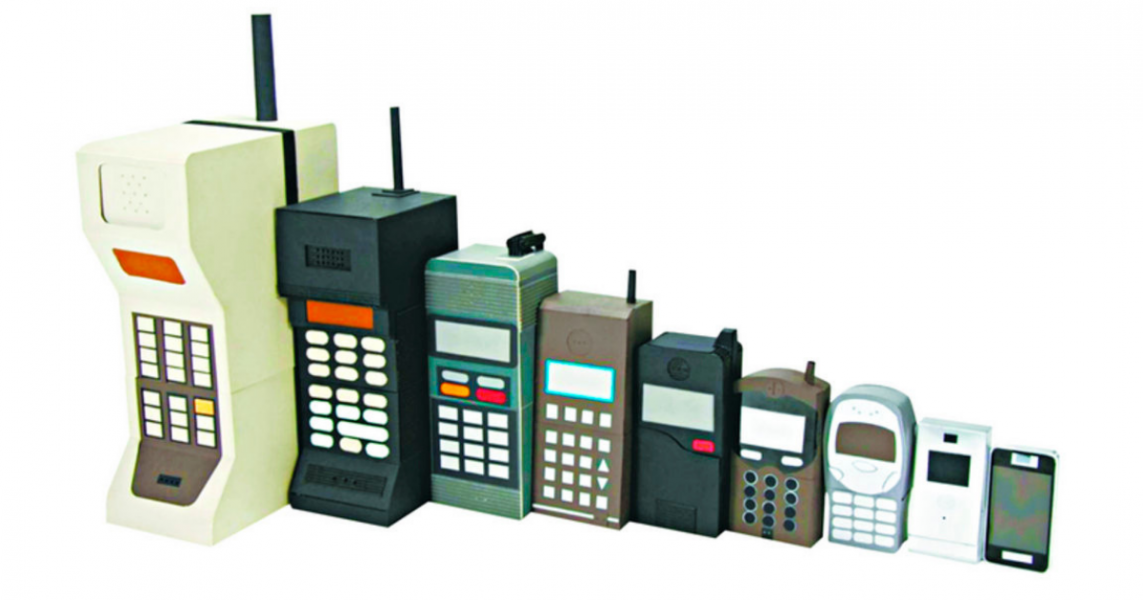 This exercise is a bit different than most of the past Bodnar Financial white papers, in that my goal is not to muse and ruminate about current market valuations, geo-political tensions or ‘Life Boat Drills’ for an overdue correction.

Nope. This project has been intellectually more fun, but physically more draining. At age 60, it’s not easy to sit on the floor rummaging through old newspapers, magazine clippings, and newsletters that have accumulated in my “GOOD STUFF” folders over the years.

But that is what I’ve been doing, and I’ve rediscovered a lot of great stuff.  A separate white paper could be written around each of the quotes that fell out of those folders:

“Happiness cannot be pursued; it must ensue.” – Viktor Frankl

“There are no facts about the future.” – Nick Murray

“Resentment is like taking poison and waiting for the other person to die.” – Carrie Fisher

“Economist: a person who sees something work in practice, and wonders if it would work in theory.” – Ronald Reagan

“God almighty does not know the proper price-earnings multiple of a common stock.” – Burton G. Malkiel

“‘This time is different’ are among the costliest four words in market history.” – Sir John Templeton

“Markets can remain irrational longer than you can remain solvent.” – J.M. Keynes

“Fear has a greater grasp on human action than does the impressive weight of historical evidence.” – Jeremy Siegel

“Uncertainty is the friend of the buyer of long-term values.” – Warren Buffett

I could fill the next ten pages with likewise quotes, but I think you get the picture. I’m an optimist. I believe in the American Dream. Which, contrary to many of today’s culture warriors, is not a myth. Not only does the American Dream exist, but millions of people around the world are willing and eager to adopt our ways to achieve the Dream too.

The advice industry is the greatest business in the world. I am forever grateful that somehow, someway I found my way into it. As Karen Bodnar has said hundreds of times: “There are NO coincidences.” No robot, algorithm, or artificial intelligence can replace the care and concern that one human shows for another. It’s very difficult (impossible?) to write computer code for LOVE.

At the start of my sixth decade, as I look back over the past 30 years of Bodnar Financial and 37 years in the financial advice industry, during which I have studied, prepared, presented, and engaged in various debates, I am amazed at the transformations that have lifted billions of my fellow humans out of poverty and multi-generational despair.

Longtime readers of these Bodnar White Papers could probably list several of the factoids I have quoted to prove the increasing level of global freedom and prosperity. The idea that the world is better than it was, and can get better still, fell out of fashion long ago. I can recall shaking my head in the 1970s, first in high school, then in college, wondering (sometimes aloud to raucous blowback): why are the intellectual all-stars all such prophets of doom?

And this was BEFORE the chorus of eco-pessimists took the stage. Skepticism of the continuous progress of western civilization was an alien concept in my childhood home. (“No Western Civ class? What the hell kind of school are we sending Johnny to anyway?”)

So, I guess you can blame my optimism on my parents. But a strange thing happened when I graduated from the liberal arts curriculum of Nietzsche, Schopenhauer and Heidegger. The world did not fall into war, scarcity, disease, ignorance or complete chaos. Instead, the world made spectacular progress in every single measure of human well-being over the past 30 years.

The saddest part of the story is, almost nobody knows about it. Except you, my beloved clients, who have been on this journey with me for the past 30 years. Perhaps a former U.S. president summed it up best, when he said at the end of his term: 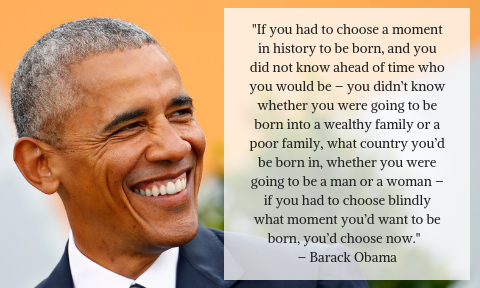 Nicely said, Mr. President. So, all together now: smile… raise a toast to being alive… in this very place… and at this very time!

To my son and daughter: preserve this missive and give it to my grandchildren the summer between 7th and 8th grade. Better yet, read it to them and discuss. If you are doing your duty as good parents, my grandchildren will have already begun to understand the concept of money, what it means to have it, and, to not have it.

A list of BOOKS for my grandchildren to read, in no order (other than the first one):

An Empire of Wealth: The Epic Story of American Economic Power by John Steele Gordon. The definitive one-volume economic history of the United States.

The Rational Optimist: How Prosperity Evolves by Matt Ridley

When Genius Failed: The Rise and Fall of Long-Term Capital Management by Roger Lowenstein

Against the Gods: The Remarkable Story of Risk by Peter Bernstein

The Commanding Heights: The Battle for the World Economy by Daniel Yergin & Joseph Stanislaw

The Smartest Guys in The Room: The Amazing Rise and Scandalous Fall of Enron by Bethany McLean & Peter Elking

The First Tycoon: The Epic Life of Cornelius Vanderbilt by T. J. Stiles

A Visionary Nation: Four Centuries of American Dreams and What Lies Ahead by Zachary Karabell

The Libertarian Mind: A Manifesto for Freedom by David Boaz

The Innovators: How a Group of Hackers, Geniuses, and Geeks Created the Digital Revolution by Walter Issaccson

Stocks for The Long Run by Jeremy Siegel

Why Capitalism? by Allan Meltzer

Undaunted Courage: Meriwether Lewis, Thomas Jefferson, and the Opening of the American West by Stephen Ambrose

If my grandkids must watch television, have them watch all of Milton Friedman’s interviews on the Phil Donahue show.

If this sounds like verse from a retirement speech, let me reassure all of you that I am not retiring. In many ways, I feel like I’ve just completed Act One of a three act play. I’m not sure I have ever been as excited about the future as I am right now.

Karen and I celebrate our 34th wedding anniversary next month. Both of our kids are married, and luckily, they each chose spouses that complement their personalities and skill sets. We have three handsome healthy grandsons. A successful business with the most loyal and dedicated teammates one could imagine. The word “employee” is an offense to my relationship with Jeanne and Lorraine.

Our daughter Jackie left behind the DC Beltway 2 years ago, and now works part-time as our Director of Marketing. And most recently, our son John, after dedicating the past ten years as a Special Needs Reading Specialist to improve the lives of those underserved in the greater Philadelphia community, has made the move full-time to Bodnar Financial. Retire?  Fuhgeddaboudit!  The next ten years are going to be awesome.

So, what have we learned this past 30 years? That if history is any indication of the future, then like the omnipresent Ibbotson charts in my office, life on the planet may not improve EVERY DAY, but it trends upward over time.