On the 30th Anniversary of Bodnar Financial, Our Story Remains the Same 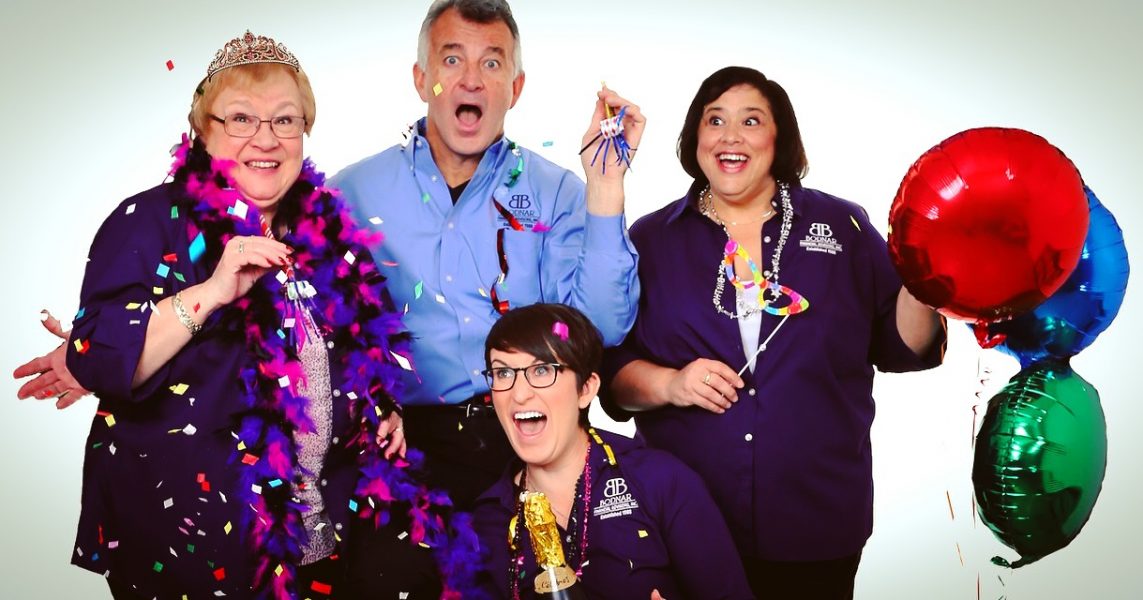 A gallon of regular unleaded gas was 85 cents a gallon, and regular leaded cost a bargain price of 82 cents a gallon. Remember leaded gasoline, you Baby Boomers?

As President Ronald Reagan entered his eighth and final year in office, the unemployment rate stood at 5.7 percent, and inflation was a tame 4.4 percent. (When he entered office in 1980, the rates stood at 6.3 percent and 12.5 percent, respectively.)

In 1988, over 147 million Russians and 1.1 billion Chinese suffered under top-down economic regimes with a slightly better-than-zero chance that their children might somehow live a better life than their parents or grandparents before them.

Karen and I had been married for a little over three years, with a 2-year-old Johnny and 5-month-old baby Jackie. We celebrated a subdued wedding anniversary as we, like many Americans, were still suffering from the fear hangover caused by THE CRASH in October 1987.

This was the stage for my brilliant idea to open my own financial planning business, and begin a hand-to-mouth existence for several years. How has Saint Karen survived living with this man?

The first Bodnar Financial office had one landline phone, an Apple Macintosh computer, discarded office furniture from my prior employer, and a new Epson Dot Matrix printer. Next came a fax machine. Then a faster computer, and eventually a laser printer.

Business was done primarily face-to-face with a follow-up by telephone, and a letter delivered by the U.S. Postal Service. We marveled that somehow a package could get delivered from Florham Park, New Jersey to Dallas, Texas OVERNIGHT by this company called Federal Express.

Along came the internet, and we all ooooo’d and aaaaahhhhh’d as the ketchup bottle painted ever so slowly across the screen. We fought with technology daily, but eventually figured it out (sort of).

The financial planning stage on which I performed in 1988 was changing quickly, but the story remained the same: helping clients achieve their life goals with a sense of security.

That’s what it says on the Bodnar Financial mission statement. Not a word about stocks, bonds, mutual funds, insurance, etc. Those things are important too, but they are simply tools to help clients achieve their REAL goals.

People still wonder if they will have enough money to retire. Can they really afford this house? Will their families be OK if they die, or become disabled? Will their children be able to afford college?

To accumulate a million dollars is great, but it’s not the whole story. The real story is whatever you decide to do with your time once you’ve reached financial independence.

Some people want to keep working in the career they’ve mastered, but on their own terms (i.e., leaving at 3 p.m. each day, taking Friday’s off, running the community garden, etc.). Other people want to retire and move to the beach. Whatever floats your boat! 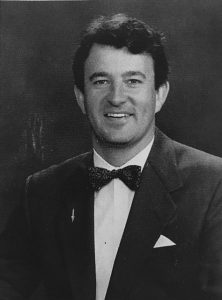 Incredible you say? Not really. If you do the math, it works out to a compounded annual return of 8.88 percent. Add in another 1-2% for dividends, and you arrive at the often-used average of 10 percent return for stocks.

I guess the old line about “time in, not timing” really is what matters when investing in equities…

Some of you reading this white paper have accompanied me on this 30-year journey. Here are some of the stock market shocks we all lived through:

Wow…what a list. But it’s likely no more volatile than any other 30-year snapshot over the past 242 years of U.S. history.

Despite recent studies that indicate most Americans are pessimistic about the future for their children and grandchildren, the weight of history supports only one rational conclusion about the future: optimism.

For 30 years, Bodnar Financial has coached clients under the guiding principle that longtime clients will likely remember from prior white papers: OPTIMISM IS THE ONLY REALISM.

But don’t take my word for it. In the Jan. 5, 2018 issue of Time magazine, Warren Buffet said, “I have good news… most American children are going to live far better than their parents did … large gains in the living standards of Americans will continue for many generations to come.”

It’s easy to lose sight of the big picture amid the nightly cable TV shout-a-thons. The latest distress signal from the “pouting pundits of pessimism” is the fear that innovation will destroy jobs.

I witnessed the interview of a young lady concerned that robots and artificial intelligence would put humans out of work, causing widespread societal revolution.

Of course, we have already seen what innovation does to industry. In 1800, over 80 percent of U.S. workers had jobs on farms. Today that number is 2 percent. What happened to all those unemployed farmers?

The productivity gains freed 78 percent of the nation’s workforce to redeploy their efforts into new industries that have changed our way of life.

In 1988, the most powerful piece of technology I carried around with me was my HP calculator. That calculator was amazing, and it saved me incredible time calculating future values, rather than using the compound interest tables.

Thirty years later, I carry in my pocket –as most of us do – more computing power than existed on the entire earth the day I was born in 1958.

When I joined Home Life of New York in September 1981, one entire floor of the company’s headquarters was occupied by its mainframe computer. The iPhone that is in my pocket is a thousand times smaller, and at least hundreds of times more powerful than a 1980s mainframe.

And here’s the most amazing part of all: in two years, the same amount of money will buy a device twice as powerful as the one we have in our pockets today.

That is why optimism is the only realism. If you examine the past rationally, you can’t help but be an optimist. 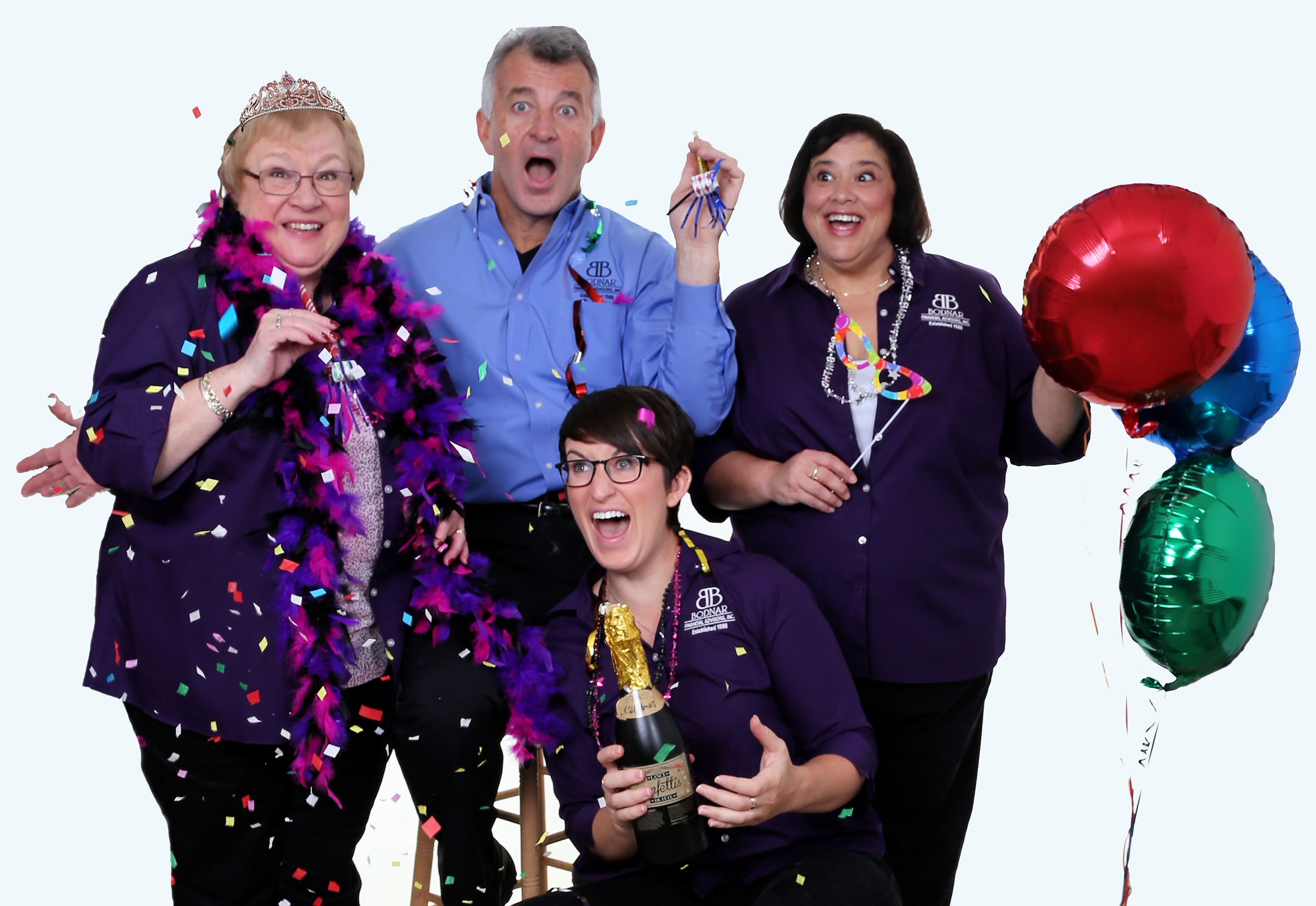 Celebrate! It’s the best time in world history to be alive.

Later this year, you will be receiving an invitation to our 30th Anniversary celebration, which will be a soiree of optimism about America and the future. In the meantime, reject the constant drumbeat of negativity from the media, dodge the incoming Tweets about a nuclear holocaust, and tune out talk of any “upcoming financial collapse.”

Instead, there is an idea … THE IDEA. Running through the currents of our history is a presumption that it is possible to have it all. And not just that a few people can have it all, but that all of us can.

In comparison to other cultures, that’s unusual. For much of human history, people clung to the hope they could have enough to live and be content. Americans believe that all needs can be satisfied, that we can have wealth AND happiness, comfort AND community, full bellies AND satisfied souls.

The future will look and feel different, and change will come even faster. But, the story will remain the same. As the world becomes more impersonal, Bodnar Financial will seek to increase inter-personal activity, and carve out time and space for friendships, family, and community.

We will keep working to create balance, and promote greater understanding of the nonmaterial aspects of our busy, techno-flooded lives. We will seek to invent new bottles to hold the ancient wine of human needs.

The stage will always be changing, but the Bodnar Financial story will remain the same: today is the best day in world history to be alive, and we plan to spend it helping clients achieve life goals with a sense of security.