What Donald Trump Means for Your Retirement 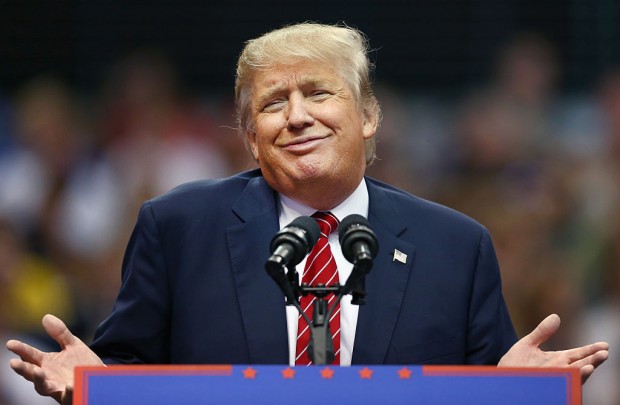 “For reasons I have never understood, people like to hear that the world is going to hell, and become huffy and scornful when some idiotic optimist intrudes on their pleasure. Yet pessimism has consistently been a poor guide to the modern economic world.” – Deirdre McCloskey, economic historian

Is Donald Trump the end of western civilization as we know it???

If I had a nickel for every time I’ve heard this question in the past few months, I would be retired by now. (Although probably still writing white papers… it’s hard for me to keep my opinions to myself.)

Like clockwork, we are already beginning to hear the clarion call of panicky voters who loudly protest, “If [insert opposing candidate] wins, I am moving to Canada.”

Before you pack your bags, here is some food for thought. Since 1988, Bodnar Financial has been helping clients achieve their life goals with a sense of security. We didn’t pick that slogan just because it sounds good (although it does, right?).

We are committed to helping clients define their life goals, allocate capital accordingly, and then –and perhaps most importantly –manage client emotions along the bumpy and counterintuitive road to long term growth.

Talking investors down from the proverbial ledge is no easy task. As economic historian Deirdre McCloskey points out, Americans are always looking for a reason to believe that tomorrow will be worse than the day before. Currently, only 27% of American adults believe the country is on the right track, and understandably so.

It’s easy to develop a sense of impending doom in today’s media climate. Catastrophe journalism has provided more options for panic than General Mills provides flavors in the cereal aisle. There’s the Eurozone collapse, the Zika virus, the threat of ISIS, the food shortages and chaos in socialist Venezuela, open-air urinals in San Francisco, take your pick.

But here’s where I come in. My job as a financial advisor is to remind you that the ultimate determinant of equity prices is NOT geopolitical conflict or domestic political issues. In other words, don’t make the same mistake as the media and equate companies with countries.

Things may be bad in Europe, but Nestle continues to sell a ton of chocolate. Why? Because companies are not countries. While government stumbles, the private sector continues to thrive.

As I write this, the GOP and Democratic conventions haven’t even happened yet. How is the 2016 presidential election going to play out? What will happen in the next 30, 60, 90 days? Your guess is as good as mine. Nobody is smarter than the market, and anybody who tells you otherwise is dishonest or uninformed.

But here is what I do know: when you’re living through a transformational era, you rarely notice what’s happening. The year 2016 is the greatest time in the history of the world to be alive, and there are much bigger things on the global horizon than Donald J. Trump.

Here are 3 mega-trends that each deserve their own white paper:

1) The Industrialization of China

China is in the midst of a complete transformation. The biggest industrial developments in world history occurred in Germany and Japan between 1870 and WWI. The rapid industrialization in China right now is blowing them both away.

Years ago, I wrote a white paper about the ICE Age: Internet Changes Everything. This year, I am changing that to CCE: China Changes Everything. When China’s economy heats up, that increased investment and consumption will spur demand for goods and services on a scale that leaves everybody a winner. Immediately, every brand in the world becomes more valuable.

It’s a blessing and a curse… people are living longer, but they are going to need care. And that costs money. There will be winners and losers in this demographic change (it’s a good time to be in health care, leisure, and biotech), but rest assured: nobody adapts to transformative societal trends quicker than the American entrepreneur.

For the past 250 years, entrepreneurs -the engineers of capitalism- have ignored the echo chamber of negativism. Believe it or not, we are only in the beginning stages of the information technology revolution. This reality struck me while reading Michael Malone’s book, The Intel Trinity: How Robert Noyce, Gordon Moore, and Andy Grove Built the World’s Most Important Company.

Intel invented the microprocessor, possibly the most important innovation since the printing press and antibiotics. Gordon Moore and Bob Noyce founded Intel in 1968….not exactly a banner year of good news:

The book was a revelation and a joy to read, mostly because it refocused me around a fundamental truth of the market:

No matter what distress call political mercenaries and network anchors are peddling to garner votes and ratings in an election year, there will always be a constant flow of innovators who continue to march forward, pulling society with them towards progress.

As we search for ways to shield ourselves from the ever-expanding madness of politics, consider saving and investing in the greatest companies in the world. Using history as a guide (which is the only sure guide we have), nothing stops the inevitable onward advance of capitalism.

There is a famous scene in the movie Jurassic Park, where a young Jeff Goldblum (Dr. Ian Malcolm) expresses concern over mankind’s attempt to out-smart nature:

Dr. Ian Malcolm: If there is one thing the history of evolution has taught us it’s that life will not be contained. Life breaks free, it expands to new territories and crashes through barriers, painfully, maybe even dangerously, but, uh… well, there it is.

Replace “life” with “innovation” and you have a perfect analysis of the unstoppable force of human progress throughout world history. America is the incubator for innovation in the world, and entrepreneurs are too busy creating capital and innovating to pay attention to the doom and gloom news. While government fails, wealth creation always finds a way.

There is no single human being on this earth who can halt innovation and progress. Not even the President of the United States. Government can impede the flow of capital, but it can’t dam capital up altogether.

As Nick Murray put it best: “Presidents are transient, the national political temper is cyclical, but capital is forever rational in the long run.”

Now turn off the news and go outside!

* These are the opinions of Bodnar Financial and not necessarily those of Cambridge, are for informational purposes only, and should not be construed or acted upon as individualized investment advice.