Why Investors Are Running to the “Safety” of Stocks 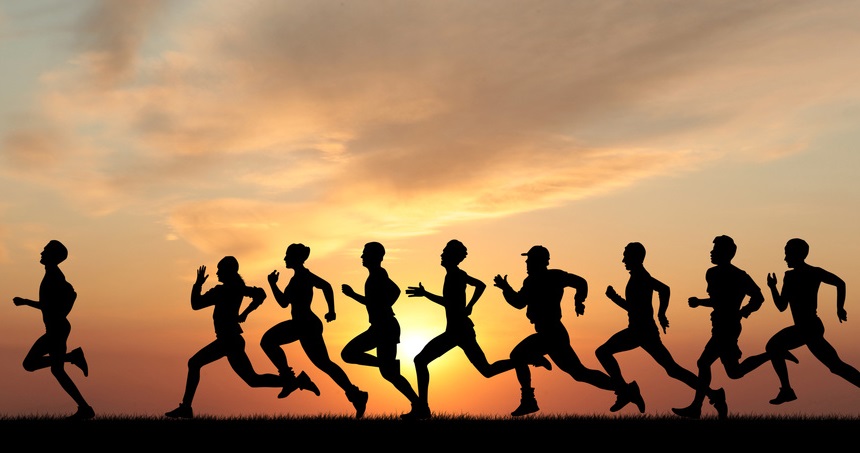 You know we’re overdue for a sell-off when Snapchat (SNAP) – a social media company with stunted user growth that operated at a $515 million loss in 2016 – debuts at $24 a share.

Why so high? Snapchat’s IPO occurred on March 2, one day after the Dow, S&P 500, and Nasdaq closed at their highest prices of the year. When Wall Street analysts get drunk on soaring markets, they never seem to know when it’s time to close the tab and go home.

If history is any indication, the stock market corrects about 10 percent every year. A much larger correction of 20-30 percent occurs every five to six years on average. The last big correction was the Financial Crisis, and that was almost a decade ago. We are WAY overdue.

There has been no shortage of tinkering by the Federal Reserve to promote borrowing and spending, meet a target 2% inflation rate, and stimulate overall economic (GDP) growth.

In the years following the 2008 financial crisis, the Fed implemented multiple rounds of quantitative easing (QE) during which they “created” money to buy bonds from financial institutions. This tactic lowers interest rates and encourages borrowing. When people borrow money, they spend more. When businesses borrow more money, they create jobs. Add a dash of consumer confidence, and voilà! Economic stimulus- at least in theory.

Yet, we find ourselves in the worst economic recovery in modern history. (Before you accuse me of being a card-carrying member of the Professional Panic Class, allow me to clarify…)

Never before has the world been more connected, more innovative, and more prosperous. As I write this, unemployment is under five percent. The Dow Jones Industrial Average is over 21,200. The real estate market is back to all-time highs, in most places. Investors are rubbing their hands together in eager anticipation of Trump-driven tax reform and deregulation, and the inevitable economic BOOM that would follow it.

An economy with all these boxes checked should be experiencing significant GDP growth and inflation. Prior to the financial crisis, the U.S. economy would regularly achieve three-to-four percent in real GDP growth. Recovery periods often exceeded five percent.

Yet, after eight years of the most aggressive monetary policy in history -as well as plenty of fiscal expansion- the economy has only been averaging a real GDP growth rate of a teeny, tiny, two percent. The primary role of the Fed is to keep inflation from heating up, yet Janet Yellen finds herself trying to responsibly elevate inflation.

The U.S. is not alone in this state of stagnation. The same phenomenon of “stimulus immunity” is occurring in countries across the entire First World. What gives? Consider these possible explanations for this disconnect between today and history:

Expanding the population is THE most direct way to drive economic growth.  As the population grows, more people have jobs, more products will be consumed, ergo more will need to be produced… the virtuous cycle of making babies!

(Author’s note: This is a pathetic attempt by John Bodnar to insert a subliminal message – more grandchildren not only make your parents happy, they’re good for your stock portfolio too!)

There are currently 76 million Baby Boomers in the U.S., and the retirement wave is upon us. Unlike previous generations, Millennials are putting off getting married and starting families. There is also evidence Millennials are struggling with debt and high asset prices. As a result, they are not replacing Boomer levels of economic production and consumption.

Across the entire First World, birth rates are below replacement rates. What is becoming painstakingly clear is that First World demographics will continue to be a deflationary force for years to come.

The Fed has managed to close the post-2008 spending gap by keeping interest rates low and borrowing high. When consumers borrow from the bank, the bank borrows from the Fed and money seemingly comes out of nowhere. Money is created, which is why it is referred to as leverage. But leverage tends to lose its power over time, as borrowers reach their maximum capacity and the population ages.

When the debt is paid back, deleveraging occurs. Real money, out of real people’s pockets is removed from the economy and sent back to the bank. While the developed world is awash in liquidity, it is also highly leveraged. By most metrics, debt levels have never been higher, for consumers and federal governments. One day all this debt will need to be reduced, or worse, written off. Deleveraging is a deflationary activity.

Another hot button issue from the Election of 2016. Globalization has brought more competition and cheaper prices to almost every product and service imaginable in the modern age. It would seem self-evident that more competition drives prices lower, but when combined with technology, the deflationary pressures went into overdrive.

In the old days, a little competition between two local clothing stores would mean lower prices and more efficient production in your hometown. However, competition is no longer localized; we live in a global marketplace. You can buy anything from anywhere, thanks to the internet.

Globalization promises lower prices and increased consumption in the United States, but not necessarily boosts in U.S. production. Want proof of the creative destruction and deflationary pressure that can result from the combination of globalization and technology? One word: AMAZON.

So, I ask again, what gives? Why isn’t the U.S. economy seeing more inflation and economic growth after all this monetary tinkering?

Maybe the market’s invisible hand is smarter than we thought. These three powerful forces could be part of the reason why growth, inflation, and interest rates are all stuck in low gear. And these deflationary forces aren’t going away anytime soon.

The Federal Reserve could be raising interest rates because they don’t see lower interest rates stimulating the economy anymore. If they kept interest rates low, they risk seeing a rise in inflation without a rise in production or growth. The Trump Administration’s intention to reduce taxes, stimulate growth, and increase the federal debt may drive inflation and interest rates higher, motivating the Fed to counter-balance with an interest rate increase to prevent inflation from rising too high, too fast. Or Trump’s policies may not work as hoped.

What Does This Mean for My Portfolio?

The short-term speculation and fear surrounding rising interest rates are causing a majority of people to forget a basic principle of successful long-term investing:

The only certainty on which we can rely, is that the future is uncertain. A financial plan is not about economic forecasting, market timing, or beating the S&P 500. There is no person (or system) smart enough to master all the variables of the market, or know the direction of the stock market on any given day.

The forecasters shouting, “When interest rates rise, the value of bonds drop!” have conservative investors running towards the perceived safety of stocks, at the precise moment stocks are at an all-time high and overdue for a sell-off.

The safety of stocks… sounds like an oxymoron, doesn’t it? But with banks paying little-to-no yield, and bonds seemingly ready to succumb to the fate of rising interest rates, investors are turning to stocks like it’s 1999.

Clients who have read our Life Boats Drills series (if you haven’t, call the office and we’ll send you a copy), will recognize this rush to stocks as a textbook example of herd-driven rebalancing.

Our human brains are hard-wired to survive the threat of predators by sticking with the herd, and going where the future looks best. While this tactic has ensured our evolutionary success as a species, it makes us intuitively weak investors. In the words of Warren Buffet, we must strike out on our own in the opposite direction of the herd, “be fearful when others are greedy, and greedy when others are fearful.”

In today’s case, our herd of worried investors is ditching bonds at a low to buy stocks at an all-time high. They are paddling after a wave of optimism that’s already passed. Buying high and selling low. If there’s a more reliable formula for consistent long-term losses, I’ve yet to discover it.

It’s not easy to do the opposite from whatever the herd is doing. It’s counter-intuitive, and often extremely uncomfortable. One of my primary responsibilities as your financial advisor is to help clients RESIST the urge to follow the crowd, and tune out the Siren song of pundits claiming to have a crystal ball.

Here is what I know: stocks like a good economy, bonds like a bad economy, and commodities like inflation. During periods of panic, high-quality bonds often increase in value.

Despite the human desire to chase stock prices higher, and the media driven fear of rising interest rates, a prudent investor should probably hold some combination of all three of these asset classes. In what percentage? That depends upon your age, risk tolerance, and need for income from your investment portfolio.

If your goals have not changed, do not change your plan. Remain rational amid the uncertainty by taking no action at all.

In the meantime, Happy Summer!