7 Reasons to Leave NJ for Retirement 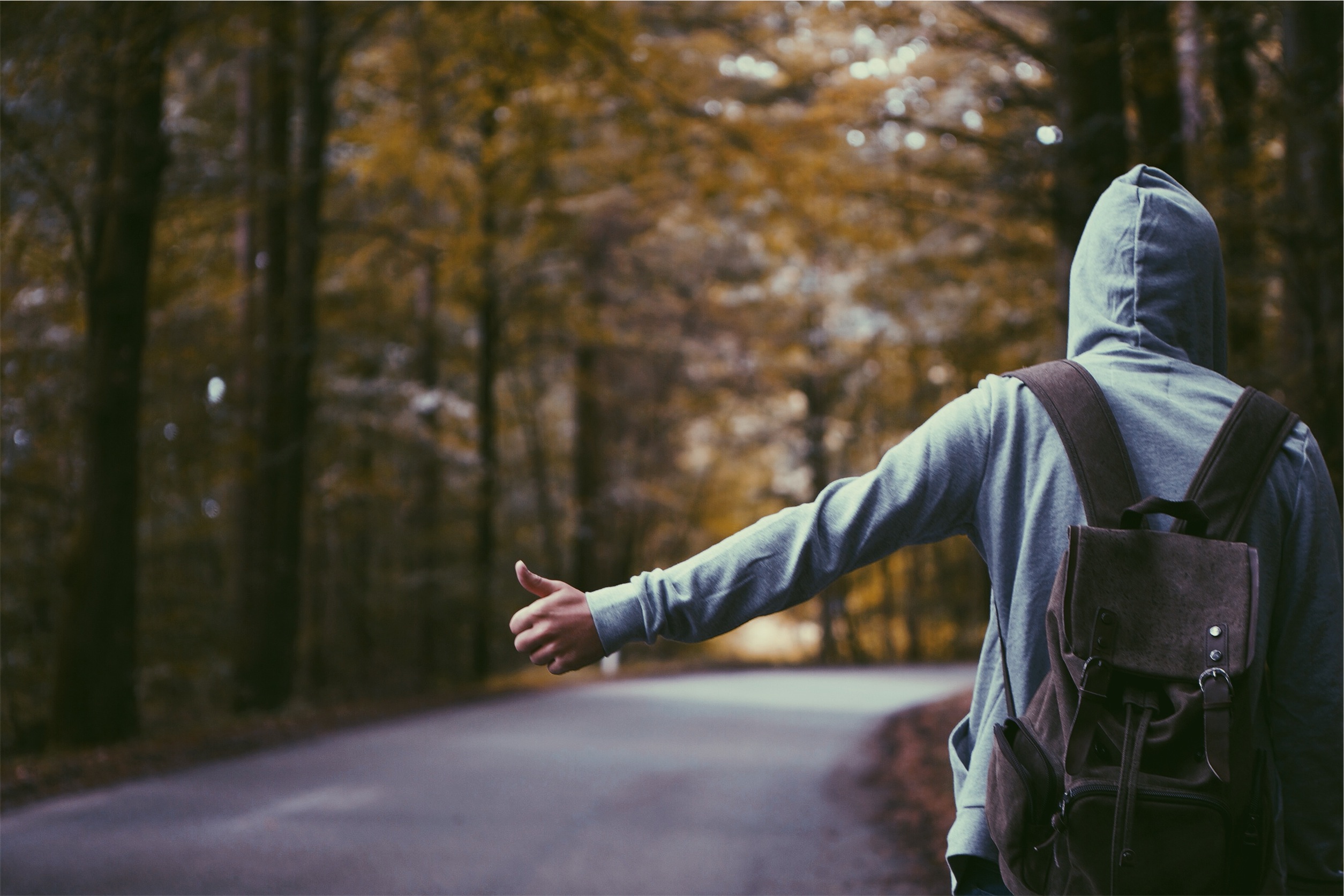 I love the Garden State as much as the next guy.

I mean it. My college nickname was “Jersey” because I would not stop talking about how awesome New Jersey is compared to anywhere else on earth.

But even diehard New Jerseyans have their limits.

Between 2005 and 2014, New Jersey had a net loss of 682,062 residents and approximately $18 billion in net adjusted gross income. When you take a snapshot of the total costs of living in state, it’s easy to see why NJ residents are migrating to places like Florida, North Carolina, Virginia, and Pennsylvania to enjoy their golden years of retirement.

As Governor Chris Christie (not exactly known for being shy) put it:

“Money was not being treated well in the state of NJ…so money left.”

While there are many reasons to live in New Jersey that money can’t buy (the close-knit communities, the food, proximity to cities, beaches, and everything between), here are 7 reasons why leaving NJ for retirement might be the best financial option for you and your family:

At an average of over $8,300 per household, New Jersey is the undisputed heavy-weight champion of property taxes. According to a report by the Asbury Park Press, NJ property taxes “increased by their fastest rate in four years in 2015, with landowners shelling out an extra $537 million.”

Although, as this RegentAtlantic report points out, you don’t have to wander as far as Alabama or West Virginia to get a significant deal on property taxes: 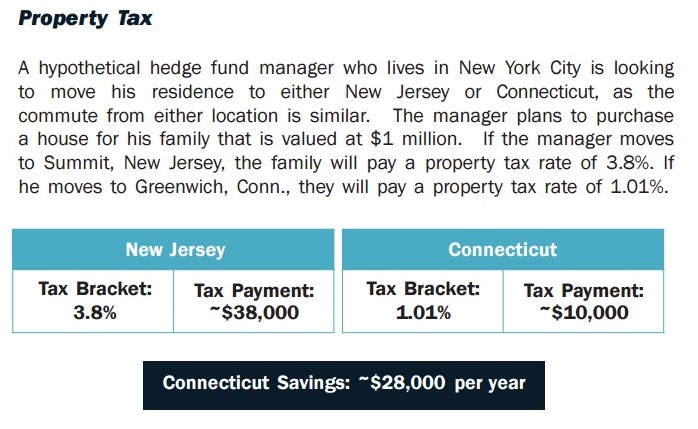 Now here is something to consider: unlike most other states which require individuals to pay income tax in the state the income was earned, there is an exception for PA. You heard me right- Pennsylvania residents working in New Jersey don’t pay NJ income tax. In some cases, it pays to commute.

For retirees, only the first $15,000 of retirement income is exempt from state income taxes ($20k for couples), compared to $40,000 in New York. Retirees pay ZERO taxes on retirement income in states like Pennsylvania, Texas, and Florida.

Ahh, the death tax. Florida doesn’t have an estate tax. New Jersey does, because of course they do.

Put simply: the first $675k given to your kids is tax free. Everything over $675k, New Jersey gets its “vig.” Its share. Its tribute. You know what I’m talking about.

(And if you are a property owner in NJ with a modest amount of retirement savings, a net worth of $675k or above is almost a certainty.)

Governor Christie and the NJ state senate are reportedly trying to raise the retirement income tax exemption and get rid of the estate tax, but I will believe it when I see it.

UPDATE: New Jersey is phasing out the estate tax! Read more about it here.

Only 6 states have an inheritance tax, which is fundamentally different from the estate tax. Estate taxes are the concern of the dead person’s estate. Inheritance taxes are a burden for the individual receiving the wealth transfer. New Jersey is one of only two states to have both an estate tax AND inheritance tax.

NJ is 1 of only 2 states to have both estate AND inheritance taxes.

The Jersey inheritance tax can be as high as 16 percent.

As the Asbury Park Press points out:

“The tax doesn’t apply to money left to a grandparent, parent, spouse or child. It applies to transfers of $25,000 or more to the decedents’ siblings or their children’s spouses, or transfers of $500 or more to other relatives or friends.”

This is what I call the “Dilemma of the DINKS.” Dual Income, No Kids. If you want to leave something for the next generation of your family and loved ones without being punished for your generosity, you might want to start packing your bags.

This one is pretty much exactly what it sounds like. In 2004, the state of New Jersey enacted a “mansion tax” of 1% on houses priced over $1 million. In 2006, they expanded the tax to include commercial properties as well.

6. The Nightmare of Part-Year, Non-Resident and Expat Tax Returns

If you only lived in NJ for part of the year, you are expected to complete a part-year resident tax return for income earned while you resided in state. If you are not a New Jersey resident but earned income in state (with the exception of PA), you also have to fill out a special income tax return called the “part-year non-resident return.” If you earned income while living in NJ and out of state, you have to complete BOTH returns, on top of your federal tax return and the state returns of wherever else you resided. You could be filling out as many as 4 or more tax returns every year, which is absolute insanity.

For those keeping score at home, if you live in states like Florida or Texas, you would just have to fill out 1 tax return (the federal return) no matter where your money is coming from.

The whole point of retirement is so you DON’T have to clock in and out every day. Who wants to bother with keeping track of which days you’re in what state and for how long? Fuhgettaboutit.

7. Close Proximity to Kids and Grandkids

More families are coming to the harsh realization that Jersey’s high cost of living makes it unaffordable for children and grandchildren to put down roots in the Garden State.

According to the New Jersey Business & Industry Association:

“Of all the age groups in New Jersey that experienced a net loss in population from 2007 to 2014, the highest rate was among people between the ages of 18 and 34 …”

When the kids leave, we can only expect the parents to follow. New Jersey is a great place to live, but nothing trumps the ability to spend time with your kids and grandkids on a regular basis.

Bodnar Financial Advisors has been helping NJ residents become “expats” since 1988. In fact, I drive the length of I-95 every year conducting annual reviews with clients who are reaping the benefits of retirement in tax-friendly states.

You have options. Feel free to call the office and talk more about what retirement plan best fits your needs.